We have the most amazing team of teachers! Many are graduates of the Yoga Spirit Studios teacher training program and are eligible for membership of Yoga Australia. Each teacher brings their own unique interests and passions to the teaching of yoga. With high levels of experience and training you can be assured that you are in safe and skilful hands. Let us introduce ourselves!

Tina has been the Director of Yoga Spirit Studios since 2010.

Tina knows that the gentle path of yoga she walks can therapeutically affect the whole person and that psychological resilience can be discovered through yoga. Her students discover freedom of movement and joy of heart, and develop deep resilience to serve them in daily life. Some will move towards the pursuit of spiritual awakening, a goal to which Tina dedicates her own practice and teaching.

Tina is well versed in yoga history and philosophy and yogic maps of the energy body. She chants Sanskrit prayers and chants with a clear and melodic voice to melt your heart.

Find out more about working with Tina

Charlton was first introduced to yoga nearly 30 years ago and has been practicing regularly for the past 12 years.

A former martial arts (Tae Kwon Do) student, marathon runner, and a triathlete, Charlton noticed over time the difference that the yoga postures and stretching made to his training and recovery. The benefits to his wellbeing have not been just physical, but also spiritual. He is learning the power of the breath, and the importance of relaxation, and meditation to balance a busy and hectic lifestyle.

Charlton gained his Hatha Yoga Teacher Certification at Yoga Spirit Studios in Adelaide in 2010, and is a member of Yoga Australia, and Yoga Teachers Institute of South Australia Inc.

Charlton is also found behind the desk as an administrative assistant in the studio and has an important role in the administration of the teacher training course.

Ginny began her practice of yoga 13 years ago, not only seeking to bring emotional balance back into her life, but strength to an injured back.

The union of the body, mind and breath in yoga brought her peace of mind and the ability to move and strengthen her body with care and love. She loves the way yoga can be so beautifully adapted to any age, to any states of physical or emotional well being and to all aspects of life. It has been a life-changing gift and she enjoys sharing the gift of yoga with others.

Anne specialises in teaching meditation skills and regularly delivers a course on Mindfulness for Beginners at Yoga Spirit Studios. Anne has completed a Diploma of Positive Psychology and Wellbeing and is a Mindfulness Based Stress Reduction Facilitator trained in the Jon Kabat-Zinn lineage. Learn more about Anne here.

Vittala is a certified Yoga Teacher who has practised Pranayama and Hatha Yoga for over ten years. He practises both regularly and he brings his personal experience to his teaching.

Vittala is also a retired Senior Research Scientist. One of his passions is to document scientific evidence on the application of yoga to our wellbeing. You can find this documentation at his blog "Yoga Proof". http://yogaproof.blogspot.com.au

Pahtchi’s background in yoga goes back to Brazil where she learned various styles including Swasthya, Ashtanga and Vinyasa, and undertook her first teacher training there in 2004. In 2007 she came to Australia to follow her dream of living overseas, learning English and seeing where it would lead. Here she completed the Hatha Yoga Teacher Training at Yoga Spirit Studios with Rebecca Richards, graduating in 2009.

Pahtchi has taught since 2009 in a variety of settings and she has continued to expand her skills and knowledge. Pahtchi's skills are broad. She navigated two pregnancies with yoga, including teaching throughout, and has developed a deep understanding of modifications and care during pregnancy. She also trained in teaching yoga to children with  Zenergy Yoga. She teaches chair yoga to the frail elderly in aged care settings. Pahtchi has skills in traditional practices of pranayama and the shatkarma kriya practices of jala netī, naulī, kapālabhātī, and trātaka.

Pahtchi is passionate about bringing the benefits of yoga to everyone and is a true believer that yoga can have a deep and positive effect on our lives.

Frank has been a student of yoga for about two decades and graduated as a yoga teacher in 2012. 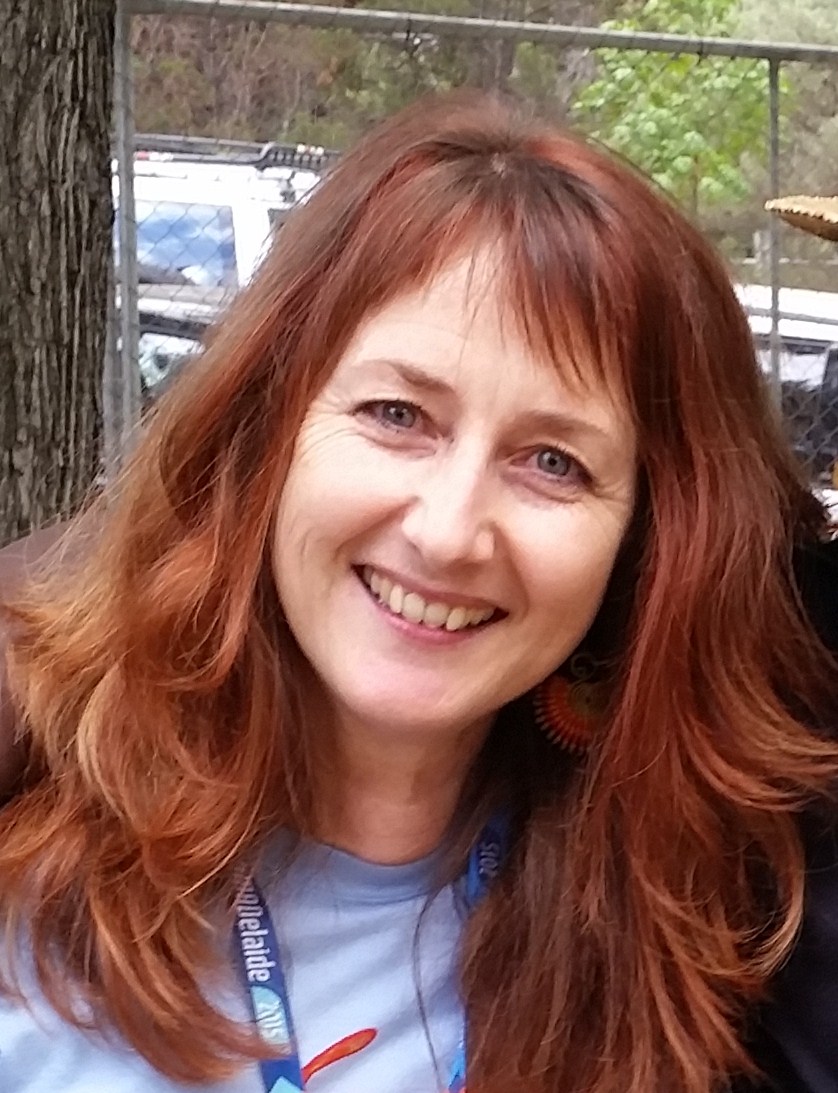 Michelle began exploring Yoga twenty-five years ago, firstly in the UK then in various locations
around the globe. After attending a rejuvenating yoga retreat in rural Spain, she was inspired to
make the transition to yoga teacher and undertook training at Yoga Spirit.

In 2016 Michelle also trained as a children's yoga teacher, undertaking courses with Zenergy Yoga.
She teaches weekly in a South Australian primary school.

With a rich tapestry of experiences on which to draw, Michelle believes we can all find the strength,
flexibility and stillness to live life to the full in these busy times. By weaving together the time-
honoured practice of Yoga with current knowledge and innovation, we can revitalise our bodies,
minds and spirits, gaining a new lease of life in the process. Whether you’re an experienced yoga
practitioner or a complete beginner, Michelle’s classes will provide guidance to safely explore and
challenge yourself.